Find out what prices will the iPad 2 and the iPad Air Mini 3, presented today by Apple

This afternoon was effected Apple’s Keynote in which we have presented , among other things, the new and highly anticipated iPad Air 2 and iPad Mini 3, two new generations of Apple tablets . Both devices come with amazing features and is expected to become available in the market very soon. So we bring you information about the prices have both models in terms of storage.

Note that in the case of iPad Air 2 , Apple has increased its price, while previous generations the 16GB model with WiFi always came to the market with the same price.Meanwhile, the iPad Mini 3 has also experienced a price increase, which was expected. 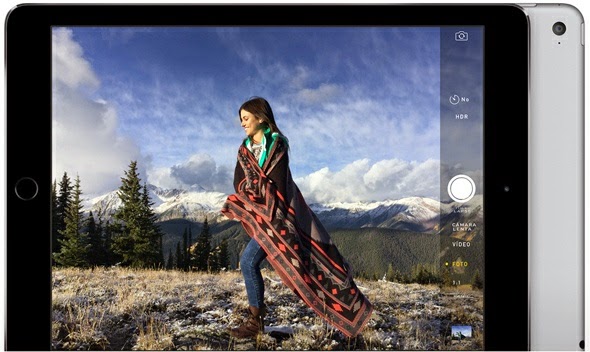 The guys from Cupertino, and shows the characteristics of its two new tablets have used to publicize different prices which will be released in the United States , but it will serve to get a rough idea of the price it will have on our country. And normally, the price of Apple’s mobile devices are often the same in dollars, as do the actual conversion from dollars to euros.

The iPad Air 2 will bring very interesting features , including a 9.7-inch screen with a new anti-reflective coating, chip A8X, M8 motion coprocessor, 8 megapixel iSight camera, fingerprint sensor and Touch iD has a thickness of only 6.1 mm, ie, which is 18% thinner than the iPad Air.

Note that will be available in two versions according to their connectivity, WiFi only or WiFi + Cellular . And within these models we can choose from three versions depending on internal storage, which are 16, 64 and 128GB , forgetting the 32GB model.

Regarding the price, this will vary depending on whether you choose a model with WiFi only or with data as well as internal storage. Apple unveiled the iPad price in its Air 2 WiFi version, which will be $ 499 the 16GB model, $ 599 the 64GB and finally, $ 699 model with 128GB capacity.

The other model cases presented by the company is the iPad Mini 3 , a tablet of 7.9-inch Retina display, A7 chip, 5 megapixel iSight camera and Fingerprint Touch ID, inter alia sensor.

The iPad Mini 3 will be available in two models according to their connectivity in three versions depending on internal storage, like its big brother the iPad Air 3. In addition, it must be said that both models underperform the space beside the golden color and gray silver .

Finally, I must say that both devices can be booked from tomorrow in the US and will go on sale next week , confirming rumors of its release we had a few days ago .

How about prices Air iPad 2 and iPad Mini 3? Do they look good or feel are too high?

How to recover deleted photos on your iPhone

How to purchase apps using Face ID on your iPhone X