The launch of the payment service from Apple. Already payment using Apple Pay available in about 220 thousands of different stores and even a McDonald’s.

Unfortunately, the new service is currently available only to owners of new Californian smartphones that are equipped with a chip NFC. To begin using Apple Pay, Open Passbook, where you want to add a card, take a picture of her with the help of a smartphone and complete the information about it. 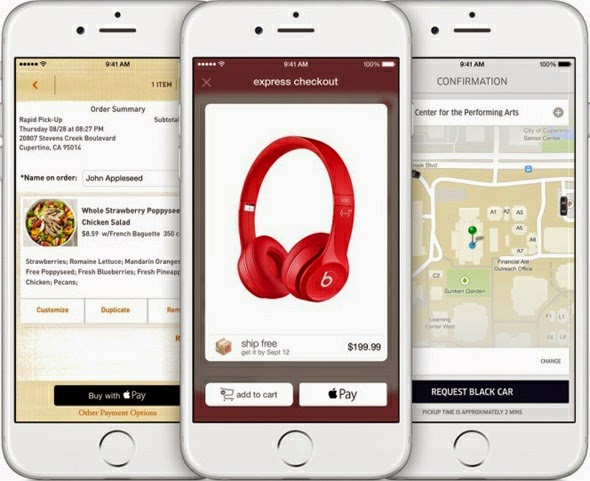 Now, you can forget your card at home, so as to pay for your purchase you will need only your customized iPhone 6 Plus .

Now top managers Cupertinovtsy operate at maximum capacity to increase the customer base Apple Pay . In this case the owners of large networks are themselves willing to join a new project Apple. Initially, this payment service is only available to residents of the US, but since the beginning of 2015 and it will appear in Europe! 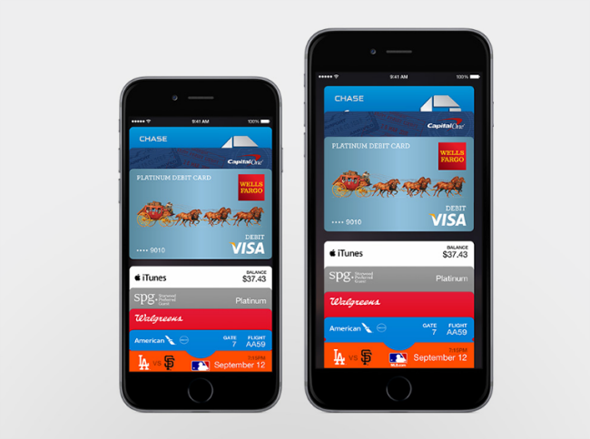 The launch of Apple’s Pay , the innovative mobile payment system based on NFC to ID Touch , is getting closer. In fact, Apple has started training its employees to prepare for the launch of the new service and the same is also working together with its partners to help debut the new payment platform. The material that has been shared on the network, not only shows more details of the operation of Pay Apple, but also some aspects that had not yet emerged.

Apple Pay can be configured through the application Passbook for iOS 8 both during the initial setup of the app, but also later, simply by accessing the Settings menu of the ‘iPhone 6 will be available‘ where the “Passbook and Apple Pay “.

Some of these details are actually not entirely new, as it emerged a few days ago in the latest beta version of iOS 8.1 from a developer was able to extrapolate some pictures of the new service of mobile payments in Cupertino . The cards can be added either through the account of iTunes or using the camera scanning the Passbook will be able to store up to 8 credit cards or debit cards by what emerges from the material distributed by Apple. 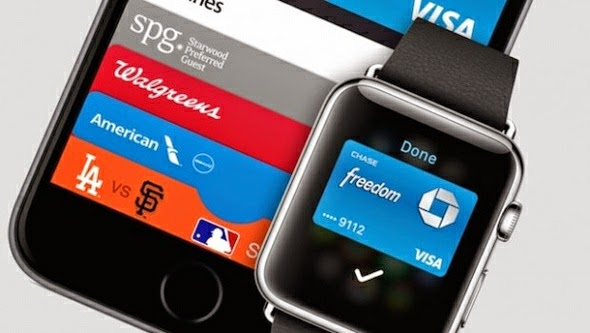 It should be emphasized, however, as the integration of Passbook and Apple appears very close to emitting companies of credit cards or bank partners with Apple. In fact, for every credit card plugged in, users will see a list of all transactions, the contacts of the bank will be able to install the app dedicated, if available, and receive push notifications on the transaction closed. In addition, when a credit card expires, Passbook will update itself with the new expiration date. The operation is automatic, that is, users do not have to delete the old card by adding the new, simply receive a push notification of the change. 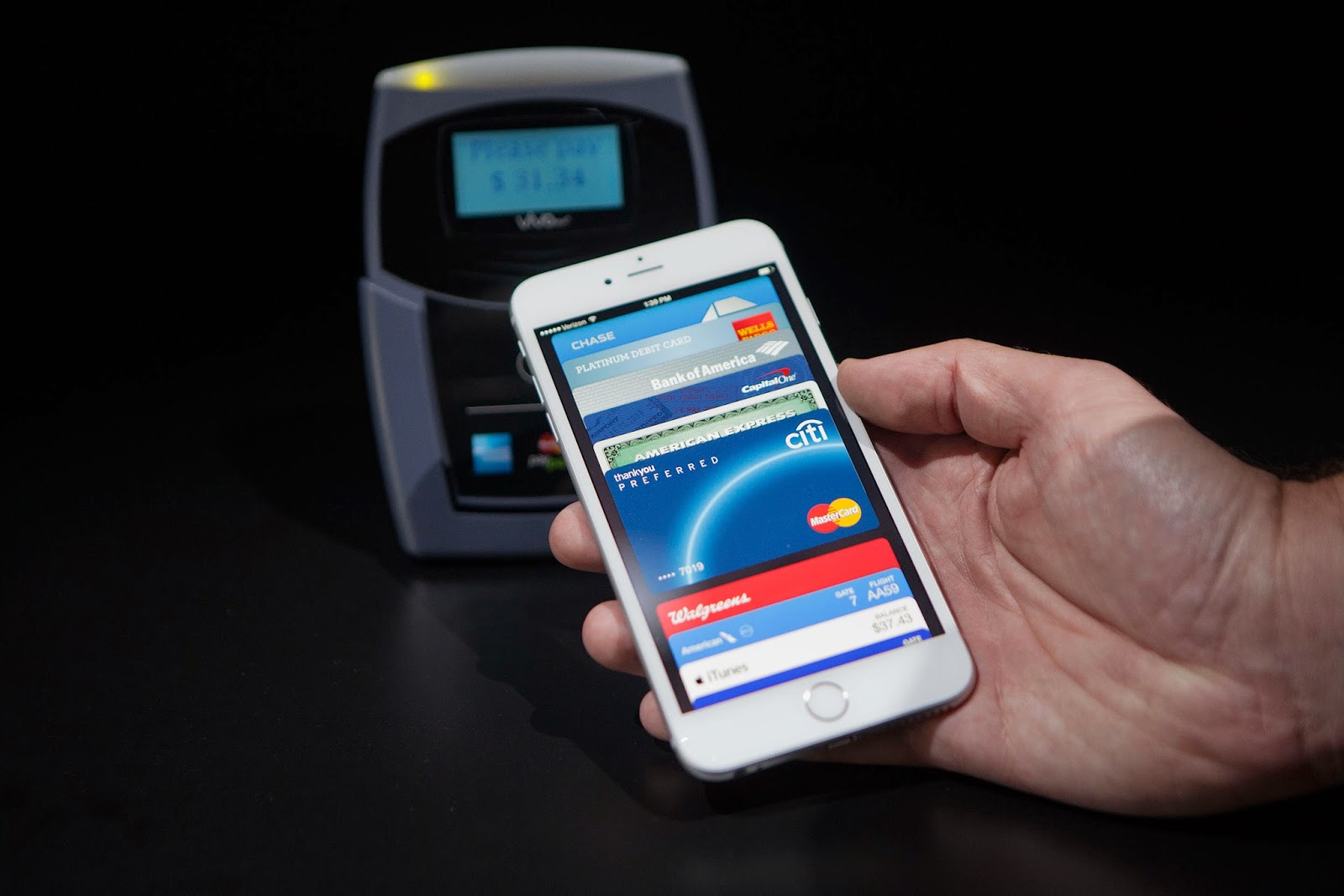 Apple also learn how to handle any returned goods within the Apple Store. The customer simply has to bring his iPhone 6 will appear at the POS where the entire history of the purchases made ​​in the store. The clerk will not have to do anything but cancel the purchase of the product which is returned.

Apple points out again in the prospectus that the transactions will be completely anonymous, that is, the contact details and credit card information will not be known in Cupertino. In addition, at the time of purchase in the Apple Store , customers will not have to leave them any personal information unless it is a purchase AppleCare . 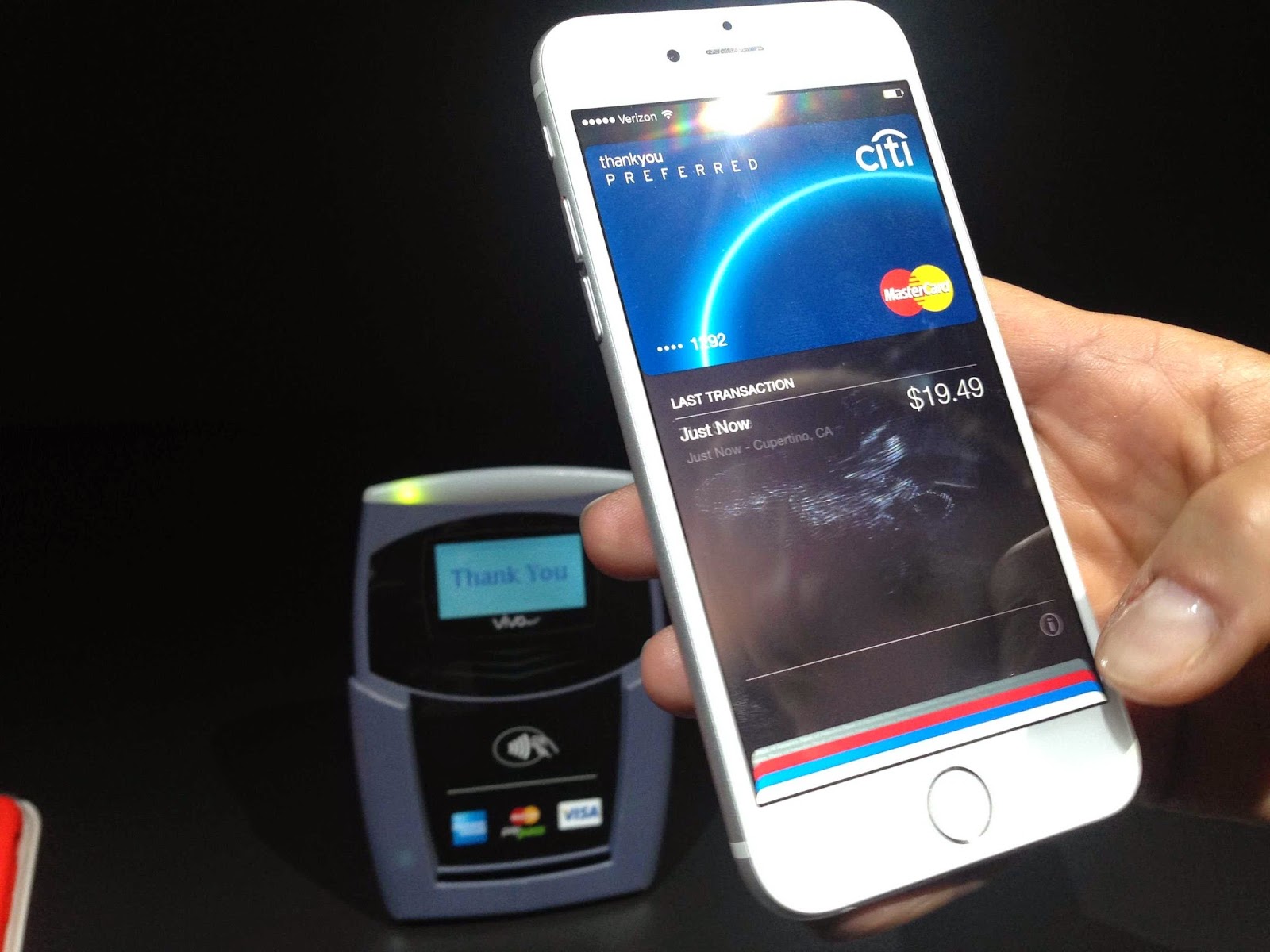 Apple has also made ​​it clear what happens if for some reason the payment via Pay Apple does not go through. At least for the Apple Store employees will be provided with the software ” Apple Pay Demo “that allows you to check if the fault Apple Pay depends on a hardware problem of the iPhone or not. If it does not rise to a technical problem, Apple employees suggest customers to contact your emitter credit card or your bank to find the fault.

The Apple employees will participate in an hour of training on Apple Pay in the coming days. This new indication is Hellenism signal that Apple Pay is coming. Cupertino on October 16 will be a new event that will be presented in the new iPad and the new Mac but it could also be an opportunity to take stock of Apple Pay. In addition, according to an internal document Walgreens known American chain, the launch of Apple Pay should take place on 18 October. 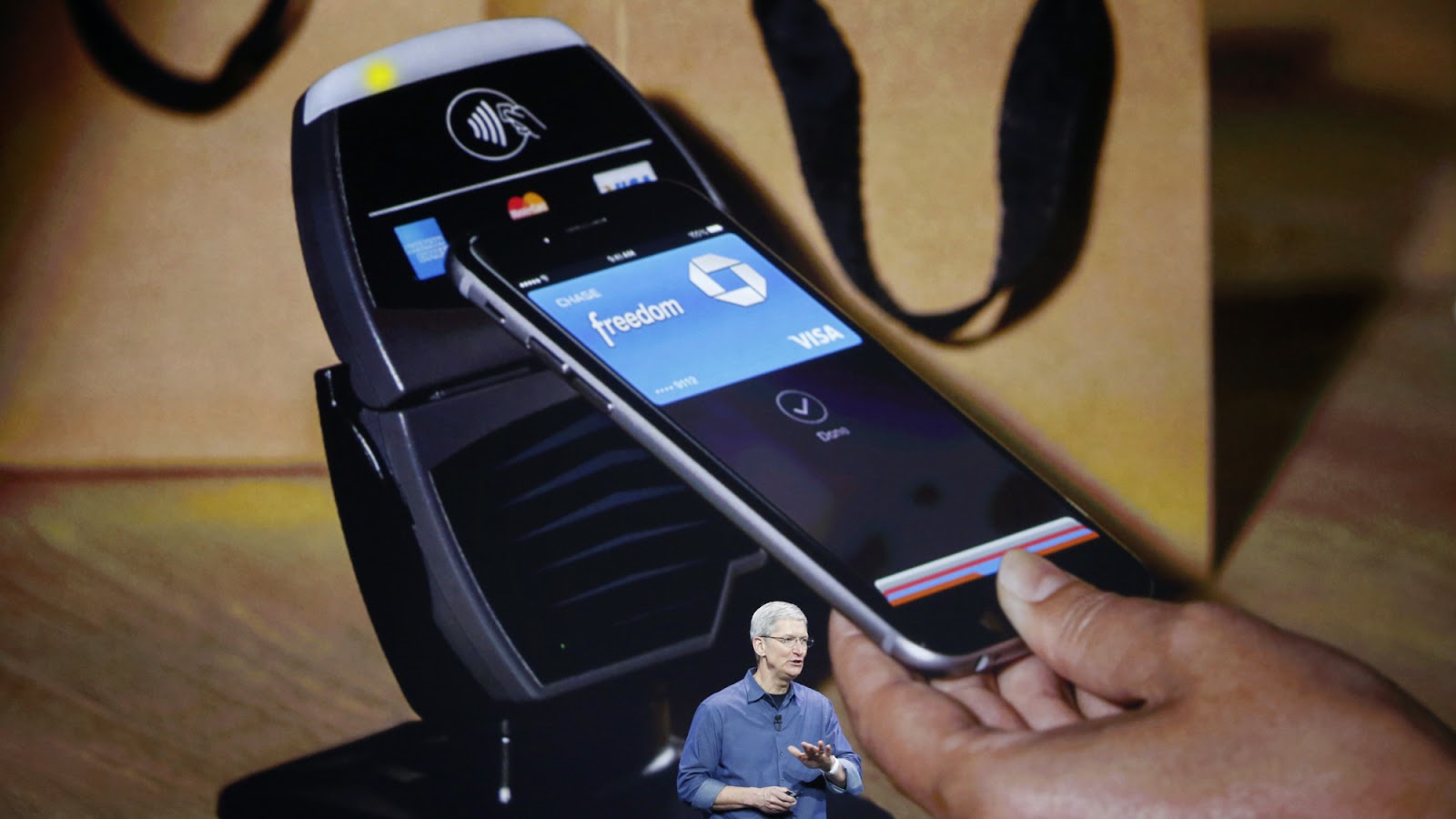 It therefore seems all set to launch the new service in which mobile payments Cupertino will try to revolutionize the market of ‘ ePayment .

How does it work and what we can use Apple Pay?

As we said earlier, at first only be available Apple Pay in the United States , but later begin to deploy to other countries. So you do not know how else to go will be the mobile payment service from Apple, so when you get to our country know how to use it.

First, I must say that Apple Pay only be used with the latest mobile devices released by Apple , that is, with the iPhone 6 , iPhone 6 Plus, the iPad Air 2, iPad Mini 3 and even Apple Watch. The rest of the iPhone and iPad iOS feature 8 may not make use of it for one simple reason, which is that they do not have NFC connectivity needed for these functions .

Some time ago we told you that Visa and MasterCard were trying to streamline the process for Apple to Pay is available in Europe earlier than expected , and although we do not know if it will succeed or not, is expected to arrive in early 2015 to Europe .

The mobile payment service from Apple works across NFC, but also uses the Touch ID fingerprint sensor to verify the user’s identity and allow payment. Furthermore, it is noteworthy that the user can store multiple cards and choose which to make payment very easily.

To use Pay Apple user must register a credit card or cards with the service made ​​the payments, but can also be used which have linked to our iTunes account . Note that Apple Pay accept American Express, Visa and MasterCard.

Once we have at least one registered card, and we will begin using Apple Pay. One of the ways is closer to the terminal payment device at a physical store that has support for mobile payments and confirming payment with Touch ID , but also in online stores can afford to buy from the device itself.

Some users are wondering if this type of mobile payment systems are completely safe or if there is a possibility that some kind of information leaks. In this sense, Apple announced that Apple Pay is completely safe and the corresponding credit card information will not arrive at any time sellers. 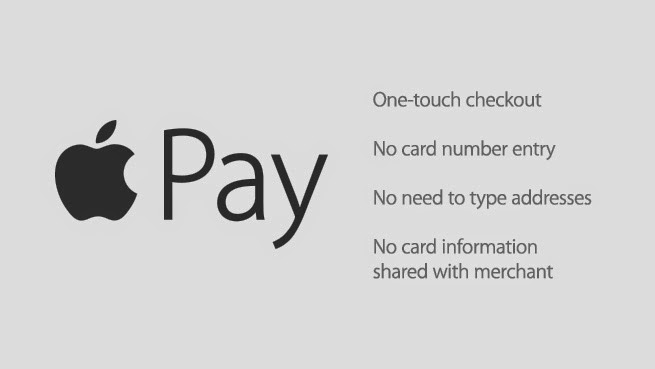 Himself Tim Cook, Apple’s current CEO, said during his presentation that each time the user makes a purchase through Apple Pay account number assigned to the device is connected , which will be stored on the Secure Element fully secure .

In addition, the company also said that Apple stores do not pay the amount of three-digit security listed on the back of the card , so if a hacker steals data card can not pay because they do not have that code . 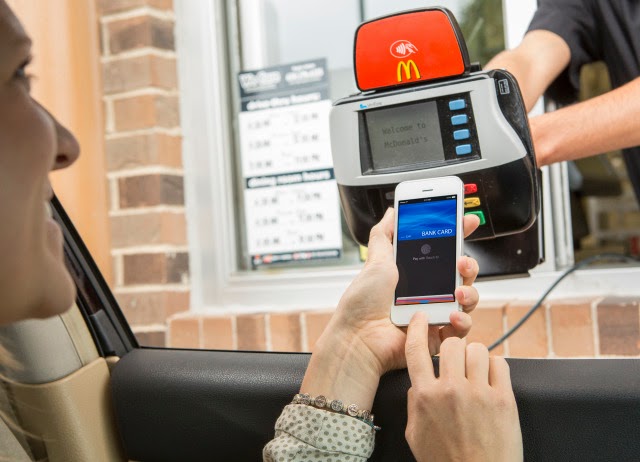 Finally, we must add that the US company has renewed the Find My iPhone service to add a function to disable mobile payments , so if we lose or steal our iDevice anyone can use the service. Although already would be complicated, since it requires verification through Touch ID

How To Fix Skype App Not Loading On iPad

How to share your locations, contacts and voice memos via iMessage on iPhone and iPad

How to sync your text messages to iCloud